The newest scout group in Queensland, the Muslim Crescent Scout Group, attended its first large organised scout event – the Urban Challenge. The Urban Challenge is a yearly event for Venturer Scouts (aged 15 – 18 years old) that is organised by Rover Scouts (aged 19-25 years old). The event is modelled on the concept of televisions The Amazing Race and this year’s theme was ‘Tropical Challenge’. For two days and two nights the 200 ventures from around Queensland camped at Coorparoo Secondary College and left each day to travel around the city while completing a variety of tasks. Throughout the challenge teams had to carry around a pineapple which they had decorated.

For the challenge the Rovers had organised 7 bases throughout the city which the venturers needed to get to by public transport using the unlimited GO Card they received- travelling either by bus, ferry, train or walking. Our venturers enjoyed journeying up and down the Brisbane River on the City Cat most of all throughout the challenge. At each base during the challenge the venturers then needed to complete a series of activities like, building a tent blindfolded. Our team chose the name of ‘Team Unqualified’ as it is the first time they had attended the Urban Challenge and they were only able to successfully reach 3 bases. One of the reasons why they only reached 3 bases was because they had too much fun participating in the treasure hunt activities. The treasure hunt activities involved them finding various things around the city and taking a picture with it or doing funny activities like dancing the macarena in Queen St Mall. At the end of the first day teams had dinner at Kangaroo Point and watched a movie, the organisers made sure halal food was provided. At the end of the two days the venturers were exhausted from walking around Brisbane City CBD for 2 days but they were enriched by their experience on the Urban Challenge.

To celebrate International Women’s Week the Hurricane Stars Club Inc was chosen by the Queensland government to host an event. The Hurricane Stars Club Inc hired Bounce Trampolining Centre in Tingalpa to host a ladies-only event called Bouncing Forward. More than 90 women and children attended the event to enjoy 2 hours of trampolining and Parkour without any males around, including centre staff. Women who hadn’t had fun bouncing for decades or had never bounced before discovered the joy of bouncing, jumping and leaping into the air. Mothers for the first time felt comfortable joining their children on the trampolines and they had great fun together. 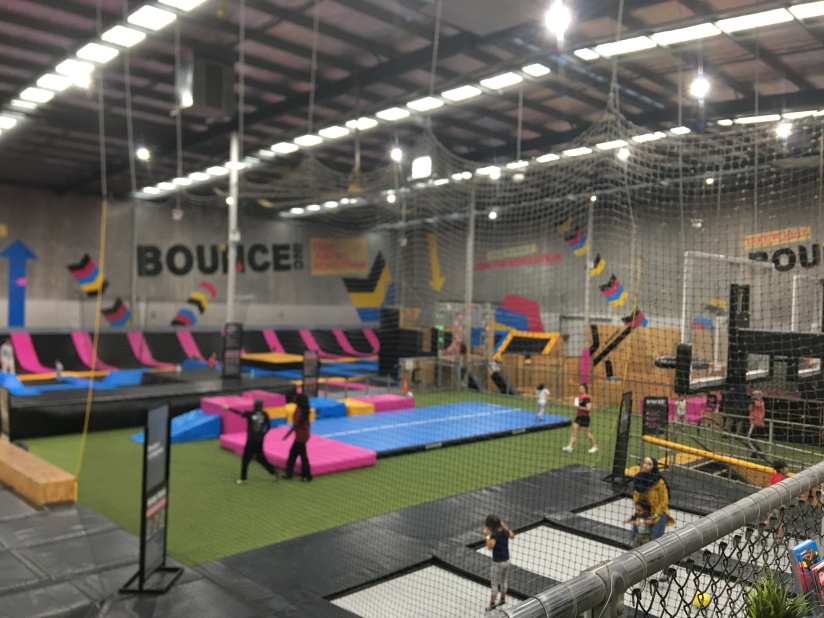 On Saturday the 25th of January the Hurricane Stars Club Inc hired the Bayside Water Park at Carbrook. After anxiously watching the weather reports all week, everyone was very grateful for the cloudy but warm weather on Saturday that made it a wonderful afternoon. They booked the whole lake, so it could be made into a lady’s only space, with only female staff on duty and no men around and miraculously everyone arrived on time. The ladies were able to try cable skiing with either a knee board or wake board, kayaking, canoeing, stand up paddle boarding and paddle boating.

It was the first ever ladies only water park event and 60 ladies and a small number of children attended. The lake was full of the sound of lady’s laughter as ladies from different backgrounds, nationalities and ages, had 2 hours of fun at the lake.  It allowed the ladies to challenge themselves to new experiences in a variety of ways. Ladies who had only ever swam in swimming pools challenged themselves to swim for the first time in a lake where the water was not clear and they swam around and learned to enjoy touching the muddy bottom of the lake.

Other brave sisters who could not swim, put on life jackets and tried out the variety of water-based activities and they surprised themselves and found they were very good at it. Even thought there was a high possibility that they would fall off the board in the middle of the lake with only a lifejacket to prevent them from drowning and knowing they would have to swim back to land, some brave sisters who could not swim tried knee boarding. All attendees tried knee boarding to various degrees of success, as some first-time knee boarders were able to knee board immediately and others took 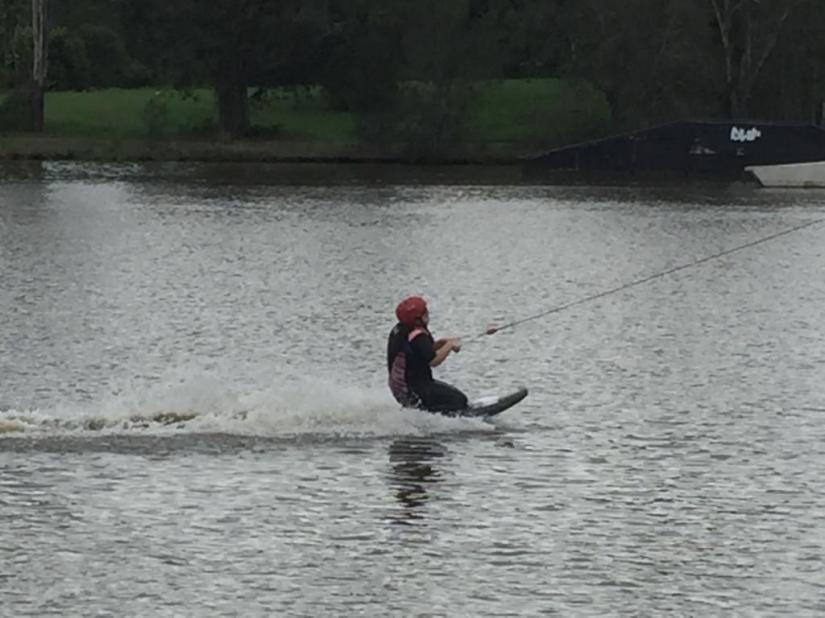